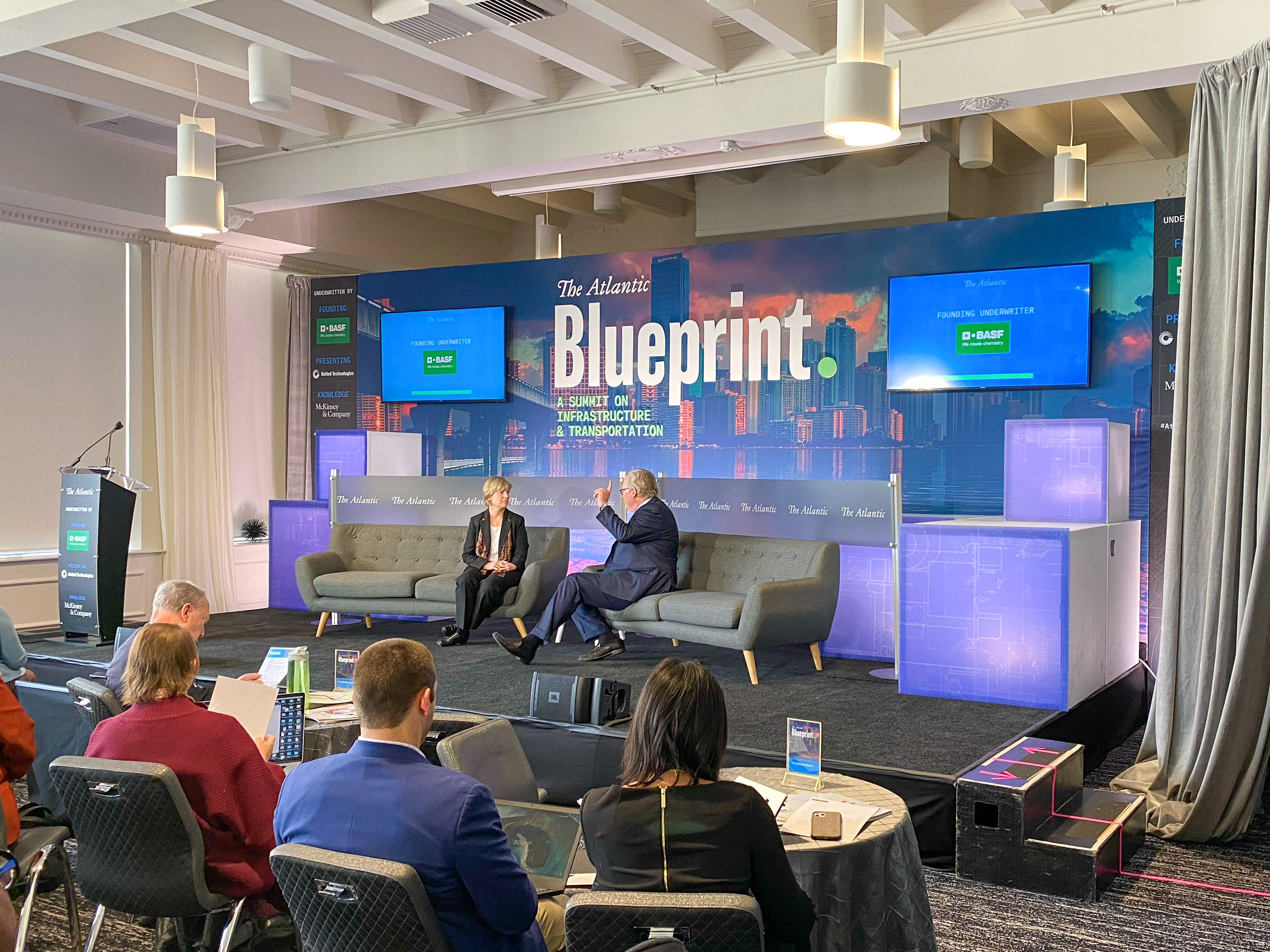 Talking Sustainability at a Transportation Summit

What are airlines doing to fight climate change? That’s the central question that Nancy Young, A4A’s Vice President for Environmental Affairs, was invited to answer at Blueprint: An Atlantic Summit on Infrastructure and Transportation.

“We also have an economic incentive in reducing fuel burn,” she explained, noting that jet fuel is the second highest expense for airlines. “The more fuel-efficient you are, hence the more carbon-efficient you are, the better you’re going to do.”

In other words, reducing greenhouse gas emissions is not only good for the Earth, it’s good for business. And U.S. carriers are working to do exactly that with an array of different measures.

“What we’re really doing is driving technology, operations and infrastructure,” Nancy said. “[And] we’re changing our fuel dynamic, and I’m really proud of the fact that we’re leading that effort as an industry by developing and deploying sustainable aviation fuels.”

But what you might not know is just how green the airline industry already is. In fact, most of the audience at the summit didn’t know: When moderator John Donvan of ABC News’s ‘Nightline’ asked for a show of hands to indicate what percentage of carbon emissions comes from the airline industry, the biggest number of hands went up when he said, “Higher than 20.” The real answer, which Nancy provided, may surprise you.

And as Nancy noted, we’re dedicated to reducing our comparatively small carbon footprint even further, having committed to an international agreement calling for carbon-neutral growth in international aviation beginning next year, and with a stated goal of cutting CO2 emissions in half by 2050 as compared with 2005 levels.