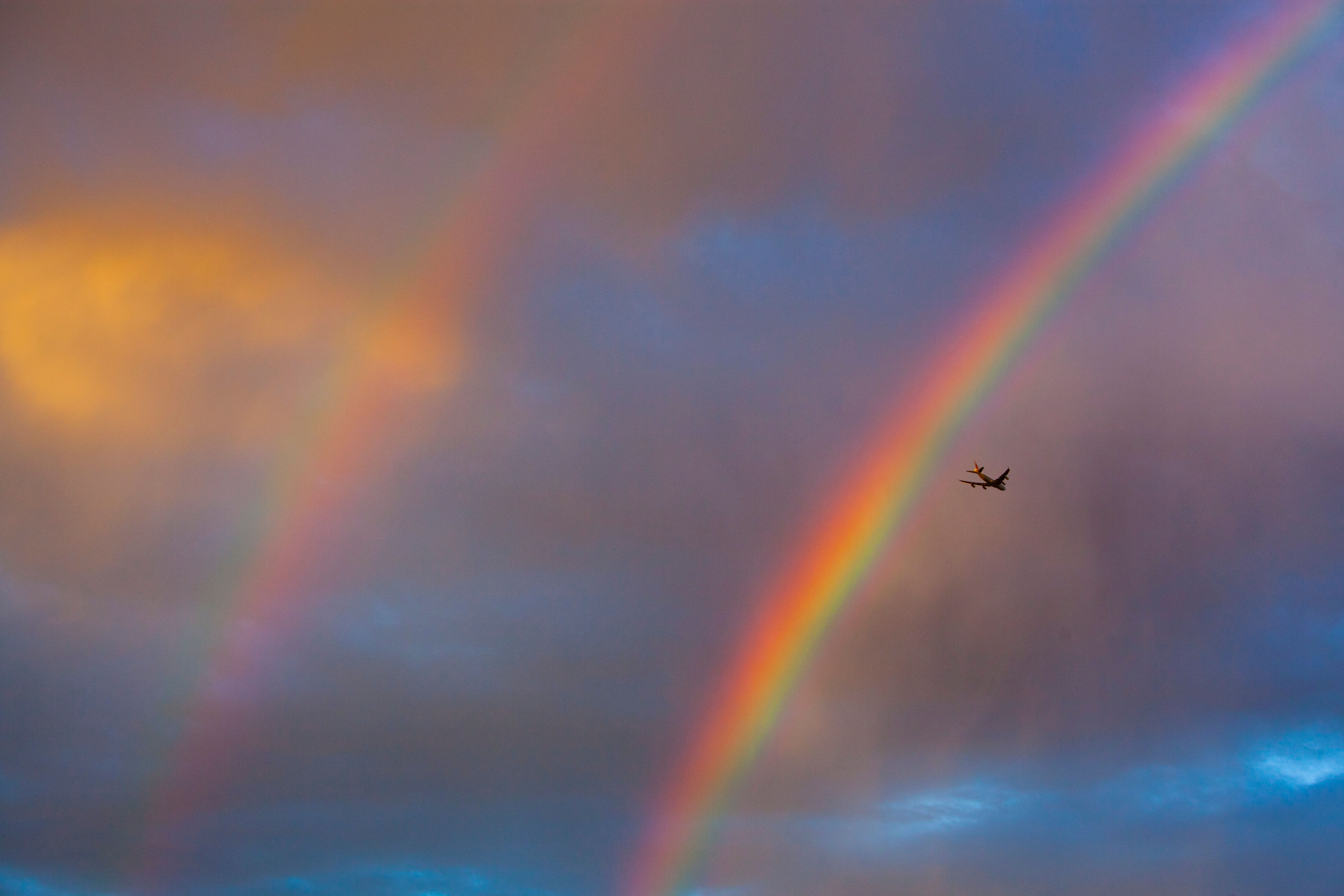 As the month of June comes to a close, U.S. airlines are still going all out to show their pride in honor of Pride Month! From partnerships with LGBT organizations to colorful floats at Pride events around the country, we are excited to highlight the many different ways U.S. airlines are #FlyingWithPride.

He said “Yes!” Congrats to Pilot @luemorton and his partner on their engagement. (That happened to happen on our @alaskaair float during #SeattlePride!!) Love is in the air at 35k feet! #fFyWithPride pic.twitter.com/7xHATUSUFY

Bryan, an American Air ORD crewmember, was inspired to chase his dreams and become a flight attendant when he saw the movie “Airport” starring Jacqueline Bisset. With help from American and celebrity make-up artist Angel Merino, Bryan was one of the stars at 2018 Capital Pride, sponsored by American Airlines. “This is a major, major milestone that such a big company is sponsoring this whole event,” said Bryan. “This is the time we have to celebrate being who we are and accepting everybody.”

FedEx is an advocate for the inclusion and equality of the LGBT community in their workplace and in cities around the country, FedEx and its employees are celebrating Pride events. In 2018, FedEx scored a perfect 100 on the Human Rights Campaign Foundation’s 2018 Corporate Equality Index and was named one of the best places to work for LGBTQ equality. Additionally, FedEx supports a number of LGBT initiatives and organizations, including the Matthew Shepard Foundation, the Trevor Project and the National Gay and Lesbian Chamber of Commerce.

Diversity and Inclusion – About FedEx

At FedEx, we’re as diverse as the world we serve. From Harlem to Hong Kong, from Sao Paulo to Sydney, the world of FedEx is all about connecting people, places and cultures. To meet the needs of a diverse customer base, we reflect that diversity within our organization and celebrate it in communities around the world.

Although the islands of Hawaii officially celebrate Pride Month in October, Hawaiian Airlines still celebrates ‘aloha’ every day! Check out their colorful floats, balloons and flowers from the 2017 festivities.

JetBlue was proud to participate in this year’s NYC Pride Parade, celebrating #NonstopPride in the Big Apple and across the country. JetBlue is also the official airline of the Lesbian, Gay, Bisexual & Transgender Community Center.

Southwest is the known as the ‘LUV’ airline and you can certainly sense the LUV between Southwest employees Janie Thornley and Michelle Inlow, who met and started dating through work.

United Airlines is proud to let their true colors fly during Pride Month! The airline participated in Pride celebrations around the country and United President and CEO Oscar Munoz even joined in on the fun, sporting a rainbow United t-shirt.

UPS employees are delivering pride to this year’s Kentuckiana Pride Festival! Once again, the company scored a perfect 100 on the Human Rights Campaign Foundation’s 2018 Corporate Equality Index and was named a best place to work for LGBT employees.