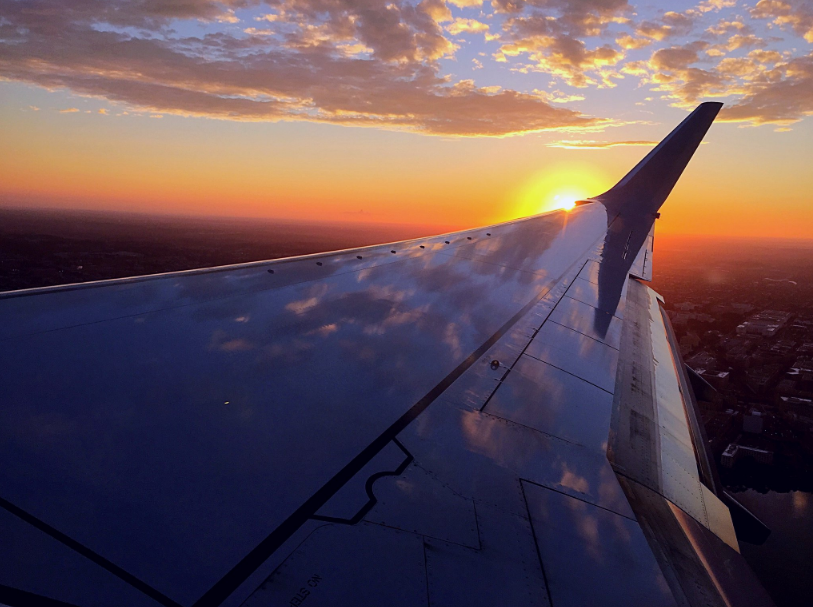 As Black History Month comes to an end, A4A joins with our member carriers to recognize the legacy and contributions of African Americans in the aviation industry. Throughout the month, U.S. airlines have taken time to salute their employees, share stories and commemorate achievements.

First Officer Mallory Cave was a member of the first all-women, African American crew at Alaska Airlines, along with Captain Tara Write. Cave now has the opportunity to share her experiences with others through mentoring. “If aviation is something that you love, and you find yourself thinking about it even when you’re not at the airport, or when you’re not in an airplane, don’t let the tough days overshadow that this is something you love,” she said. “If you are truly passionate about it, you’re going to find a way to get through it.”

First Officer Charlene Shortte once believed she didn’t fit the mold of what a tradition pilot looked like, yet proudly served in both the U.S. Air Force Academy and Air Force and now serves a First Officer for American Airlines. Shortte, who found inspiration in African American female pilots, now looks to inspire and encourage others saying, “There were many before me, and now it’s time for future pilots to come widen that trail to make sure there are many more after me.”

Atlas Air is celebrating Black History Month with a series applauding achievements of aviation icons and the foundation they laid for future generations including:

For Kimberly Boykin, Vice President of BOLD, Delta’s Black Community Employee Resource Group for Delta, Black History Month is not only about celebrating accomplishments and achievements, but fostering a culture of inclusion in which to share black culture and history. Boykin explains, “The common denominator that connects us, no matter our color, nationality, religion or culture, is our heart. Delta recognizes that the people are the core of the company. That is one of the reasons why we have organizations like BOLD and our other BRGs.”

Shannon Brown first started with FedEx as a college student loading packages at its Memphis hub in 1978. After working her way through 17 positions, Brown now serves as FedEx Express’ Senior Vice President, Eastern Division U.S. operations, and Chief Diversity Officer. In this role, Brown continues to advocate for diversity and mentor young people of color. “We’re trying to recognize the people that work for our organization and talent come in different colors, different genders,” he said. “And diversity is not a just a set destination, and when you’re there, you’re done with it. We have to continue to help our people understand the reasons that we’re doing it, we have to also have our employees engaged because the workplace is changing.”

JetBlue showcased destinations they service—Blue Cities—with historical landmarks across the country where travelers can “commemorate the past, while supporting the future at local black-owned businesses.” New Orleans, Chicago and Los Angeles were among the featured cities, described as ethnically diverse with rich, layered histories that had a lasting impact on today’s society. For example, President Barack Obama spent two years at Occidental College in Los Angeles. Elsewhere, in New Orleans, the New Orleans African American Museum is dedication to the preservation of black culture in New Orleans and Louisiana.

Southwest’s Cargo Customer Service Manager at Baltimore/Washington International Thurgood Marshall Airport highlighted Southwest’s partnership with the Great Blacks in Wax Museum where prominent figures in black history are exhibited during the month of February. “It’s just a time to really reflect and make sure we never forget the value of history and why those who came before us are important as well as why we need to move forward and remember them. Black history month is a time to reflect, educate and celebrate the contributions of African-Americans,” he explained.

In a letter acknowledging Black History Month, United CEO Oscar Munoz highlighted Bill Norwood, the first African-American pilot and a pioneer in aviation. Norwood, who is featured in Chicago’s Museum of Science and Industry, was a pioneer in aviation and flew B-52s for the U.S. Air Force. “Bill worked more than twice as hard, and he helped so many others in the United family go very far, indeed,” Munoz said. “I think the greatest tribute we can offer to trailblazers like Bill, and everyone who shared his experience of trial and triumph, is to build an airline where every United family member and customer we serve can go as far as their dreams and talent lead them.”