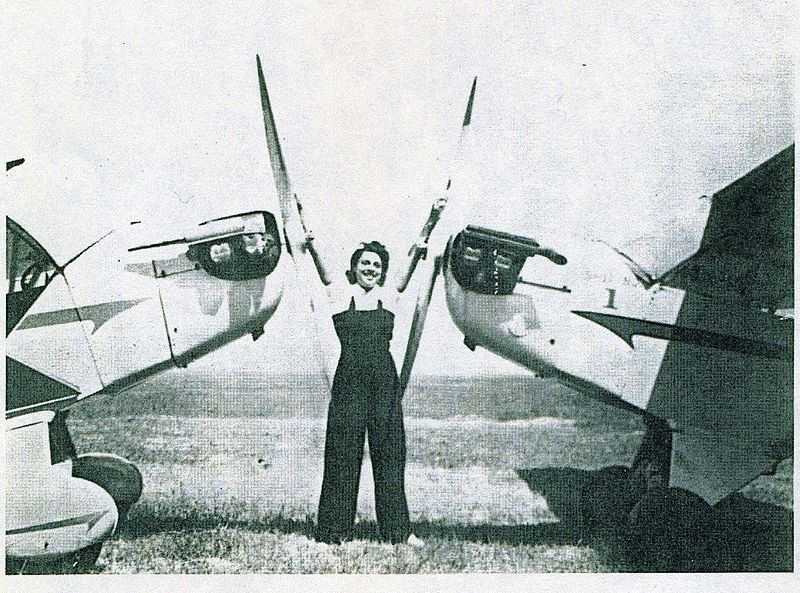 This February, we celebrate Black History and commemorate the achievements of African American trailblazers in aviation. These individuals overcame obstacles and combated discrimination to become distinguished pioneers in their field. Although there are countless individuals worthy of recognition, below are just a few who blazed high and far into history.

Willa Brown was born in Kentucky in 1906 and became the first African American woman to earn a pilot’s license in the United States. Inspired by Bessie Coleman, Brown learned how to fly with Cornelius R. Coffey, and the two later established the Coffey School of Aeronautics at Harlem Airport in Chicago training African American pilots and aviation mechanics. Brown along with Coffey and Enoch P. Waters formed the National Airmen’s Association in 1939, where she served as secretary. Brown was an advocate for racial equity and petitioned for the integration of the U.S. Army Air Corps and Civilian Pilot Training Program. Her newly created flight school was later selected to participate in CPTP, where it successfully trained numerous pilots and Brown served as coordinator of the program. Later, she went on to serve as war-training service coordinator of the Civil Aeronautics Authority. In recognition for her contributions to aviation, Brown became a member of the Federal Aviation Administration’s Women’s Advisory Board in 1972.

Eugene Bullard was born in Georgia in 1895 and went on to become the first African American combat pilot. Bullard joined the French Foreign Legion after World War I erupted and eventually joined Aéronautique Militaire, the French Flying Service, after fighting in the Battle of Verdun. During his time as a pilot, Bullard claimed two victories (although neither were confirmed) and flew his missions with a special stowaway—his pet monkey, Jimmy. Bullard received numerous military decorations including the Croix de guerre and Chevalier de la Légion d’honneur, the latter from General Charles de Gaulle in recognition for his service. After the war, Bullard opened a jazz nightclub, Le Grand Duc, in Paris where he became friends with prominent artists of the day, including Josephine Baker and Louis Armstrong. Although his attempts to join the U.S. Air Service were rejected, Bullard was posthumously commissioned as a second lieutenant in the United States Air Force on August 23, 1994.

Dale White was born in Louisiana in 1899 and became a strong advocate for African Americans in aviation. White studied at the Curtiss Write Aeronautical University, the first accredited flight school in the Midwest to accept African American students, and received his pilot’s license in June 1936. White was an active member of the Challenger Air Pilots Association—later the National Airmen’s Association of America—and became best known for his “Goodwill Flight” to Washington, D.C., to petition for the integration for African Americans to enter the U.S. Army Air Corps. In 1939, with Chauncey Spencer as navigator, White flew to D.C. in a Lincoln PT-K biplane for meetings with Senators James Slattery and Everett Dirksen. Records indicate that the two men also had a chance meeting with then-Senator Harry S. Truman. White did not fly during World War II but went on to serve as the vice president of the NAAA and work as an aircraft mechanic at Wright-Patterson Field in Dayton, Ohio.