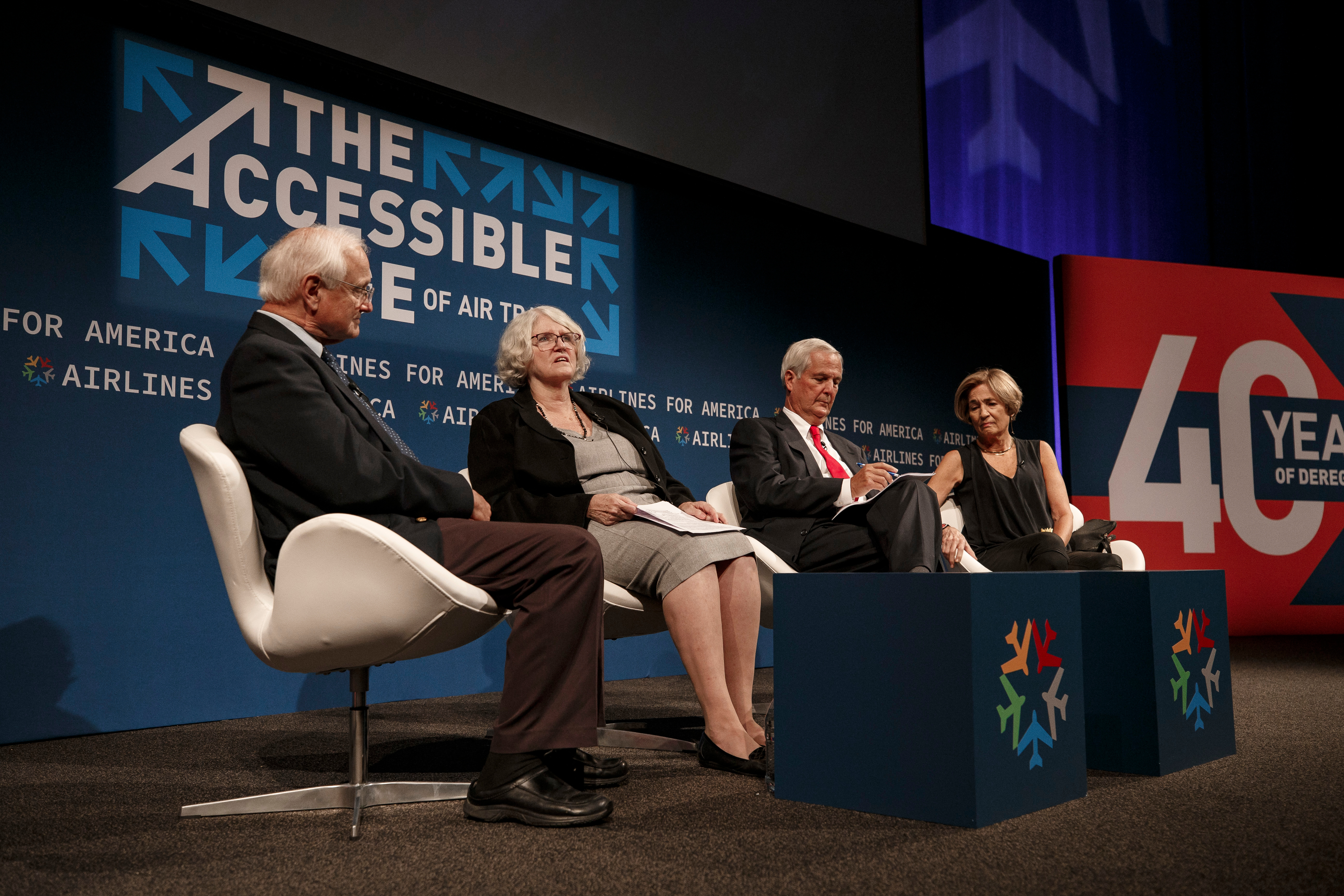 40 Years Later: How the Airline Deregulation Act Came to Pass – Part I

This October marks the 40th anniversary of the passage of the bipartisan Airline Deregulation Act. All Americans who fly experience the benefits of that landmark legislation today. So how did the measure pass with overwhelming bipartisan support? And how has the bill opened the doors to the accessible age of air travel we know today?

Aside from the immensely positive impact airline deregulation had on the industry and on passengers, what’s truly incredible about this achievement was how it all came together. The effort was led, in large part, by the late U.S. Senator Ted Kennedy (D-MA). Sen. Kennedy viewed airline deregulation as a consumer issue and sought the help of Stephen Breyer, who would later go on to become an Associate Justice of the Supreme Court of the United States. Justice Breyer worked closely with a staffer named Susan McDermott to help Sen. Kennedy’s office navigate what would become one of the most important moments in aviation history.

In the 1970s, the airline industry was heavily controlled by the Civil Aeronautics Board (CAB).  The federal government dictated price controls on airline tickets, making flying cost-prohibitive to a majority of Americans. It was primarily the wealthy and business professionals who took to the skies. The government also determined where airlines flew, how often they flew and the overall structure of the industry. To remedy this issue, President Gerald R. Ford began making appointments to the CAB with the intention of loosening some of the more burdensome regulations. But Sen. Kennedy wanted to go even further.

At the time, Sen. Kennedy was seen as a politician on the rise. Many viewed him as a potential presidential candidate. When he held hearings outside of Washington, they drew the attention of the public and the press. According to McDermott, at one hearing, a constituent asked the Senator why he was working on airline deregulation, saying there were so many other issues he could focus on. She told the Senator she’d never even been on a plane. Sen. Kennedy told her that was exactly what he was trying to fix. After Sen. Kennedy conducted several hearings, according to McDermott, the nature of the issue changed. “What was an arcane, regulatory Washington issue became an issue that needed really big change,” she said.

McDermott recently joined Will Ris and Dorothy Robyn, all of whom played an important role in the Airline Deregulation Act of 1978, at the sixth annual Airlines for America Commercial Aviation Summit in Washington, DC. Robert Hager, who covered aviation for NBC News from the late 1970s until he retired in 2004, led a fascinating and in-depth look at what flying was really like for consumers before deregulation. The group discussed how the bill opened the doors to innovation, competition and the ability for more Americans to take flight.  Watch McDermott explain in her own words here: