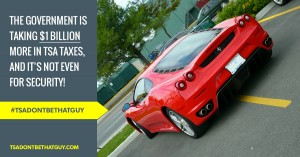 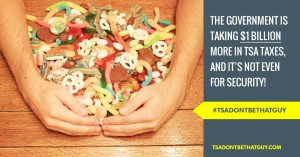 WASHINGTON, July 30, 2014 – Airlines for America (A4A), the industry trade organization for leading U.S. airlines, and the International Air Transport Association (IATA), an international industry trade association representing some 240 airlines or 84 percent of global air traffic, filed a petition with the U.S. Court of Appeals for the D.C. Circuit to protect airline passengers from higher security taxes being unlawfully collected by the Transportation Security Administration (TSA). The petition asserts that the TSA is improperly collecting fees by both exceeding a per-passenger limit and collecting taxes for trips that originate overseas.

Since its creation, the TSA security fee that passengers have paid was assessed on a per-enplanement basis and capped at a maximum of $5 for a one-way trip (maximum 2 enplanements) or $10 for a round-trip (maximum 4 enplanements) itinerary. Last year, as part of the bipartisan budget deal to reduce the deficit, Congress simplified the fee structure by creating a flat $5.60 fee per one-way trip regardless of the number of enplanements. Congress made this change against the backdrop of the existing round-trip cap of twice the maximum one-way trip fee and expected it to remain in place.

Now, the TSA is collecting the new, higher fee in a way that disregards the cap despite a letter directly from the chairs of the Senate and House budget committees, Sen. Patty Murray (D-WA) and Rep. Paul Ryan (R-WI), stating that Congress did not intend to change the definition of a round-trip cap on fees. Speaker John Boehner sent the same message to Homeland Security Secretary Jeh Johnson.

By ignoring the cap and the intent of Congress, TSA increased the fee by as much as 236 percent, depending on a passenger’s itinerary. One of the agency’s own published examples shows a multi-stop itinerary with TSA taxes totaling $33.60, three times the intended limit.

A4A and IATA believe the law is clear, and are seeking the help of the courts to protect passengers.

“TSA is overstepping its bounds,” A4A President and CEO Nicholas E. Calio said. “Ignoring the per-passenger cap and increasing taxes by as much as 236 percent on air travelers is an affront to the flying public and ignores Congressional intent. Air travelers are not an ATM for the government and should not be treated as such.”

The TSA also is putting a tax on trips with domestic legs, which originate outside of the United States, clearly in violation of the Budget Act statutory text, which authorizes the TSA to impose a security fee only on trips that originate at American airports.

“The law is clear and the TSA should abide by it. Collecting fees exceeding established caps or from any inbound international travelers ignores limits set by Congress. We are joining with A4A in asking the court to protect passengers from this additional burden. In turn, that will help protect jobs from the negative impact of a dampening of demand for travel as a result of the higher costs,” said Tony Tyler, IATA’s Director General and CEO.

A4A is encouraging passengers to contact their Congressional representatives and the TSA to protest this unauthorized tax increase through a social media and grassroots campaign called “TSA – Don’t Be THAT Guy.” The fee hike is already set to cost travelers $1 billion more annually. Travelers who believe the TSA is already collecting enough in taxes are being asked to visit www.TSADontBeTHATGuy.com to register their concerns and send letters and comments to Congress and TSA. Passengers are also invited to use social media such as Twitter to make their voices heard, with the hashtag #TSADontBeTHATGuy.

A4A advocates on behalf of the leading U.S. airlines, both passenger and cargo carriers. A4A works collaboratively with industry stakeholders, federal agencies, the Administration, Congress, labor and other groups to improve aviation for the traveling and shipping public.

For more information about the airline industry, visit our website airlines.org and our blog, A Better Flight Plan, at airlines.org/blog.