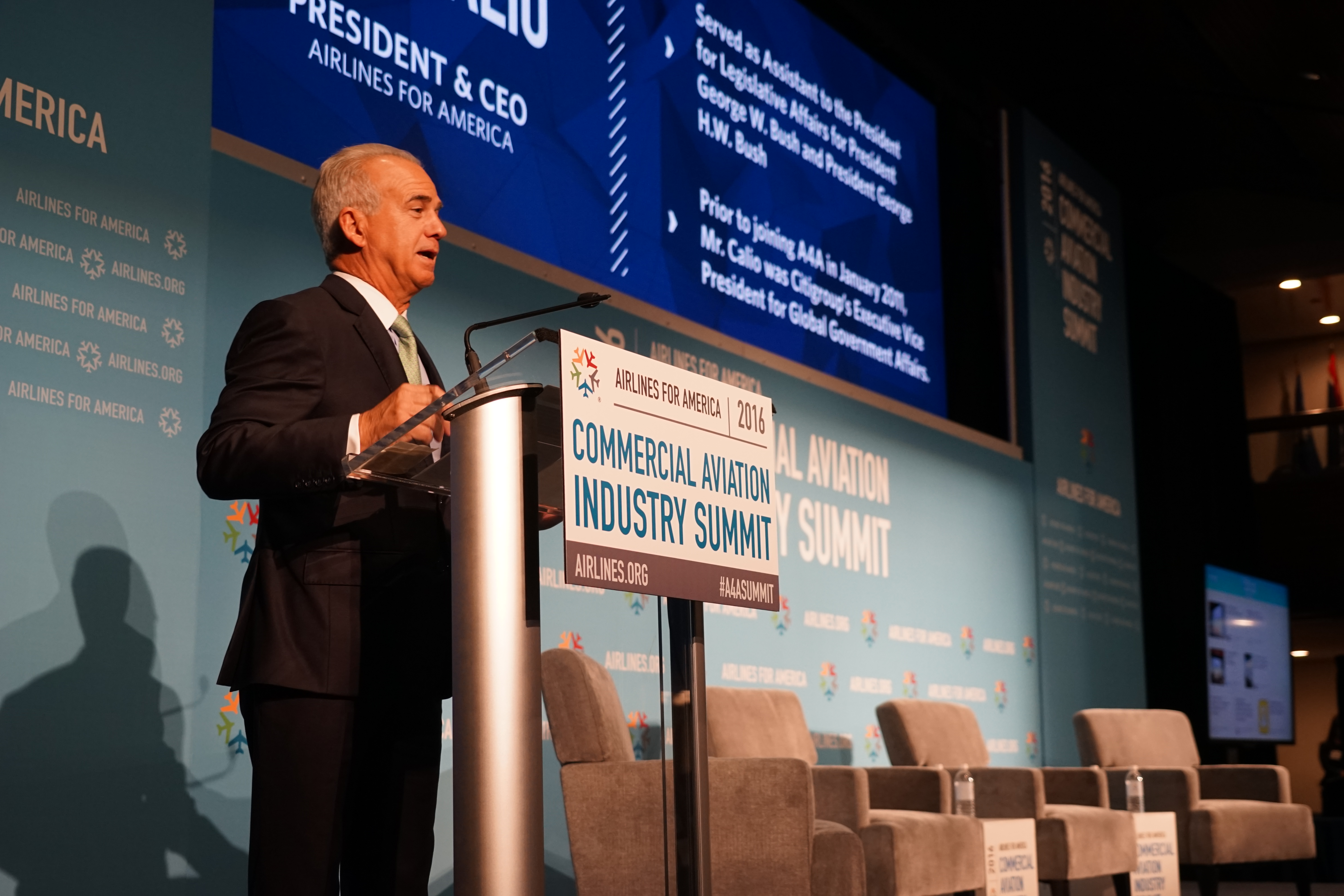 What to Expect at the 2017 Commercial Aviation Industry Summit

On Wednesday, Sept. 13, Airlines for America will welcome aviation professionals and industry leaders from around the country to Washington, DC for the 2017 Commercial Aviation Industry Summit. The afternoon will include robust discussion on topics currently affecting the airline industry, including air traffic control reform, innovation and aviation’s role in the global marketplace.

Next, a lively conversation about industry growth, competition trends and shareholder value will be led by Phil LeBeau from CNBC. Expert analysts Hunter Keay and Andrew Davis will be joined on the panel by Susan Donofrio, the Head of Aviation, Aircraft Leasing and Aerospace Equity Research at Macquarie Capital.

After a short break, Karen Walker, editor-in-chief at Air Transport World, will kick off the second half of the afternoon with industry experts to discuss a myriad of topics that focus on the critical role the U.S. airlines play in a world that is more connected than ever. The conversation will include the Brexit impact, international travel, newly implemented DHS security measures and cutting-edge technology that will change the future of the industry.

Don’t miss out on this exciting opportunity to hear from industry leaders and meet with aviation experts from around the country!

To learn more and to register, visit summit.airlines.org.