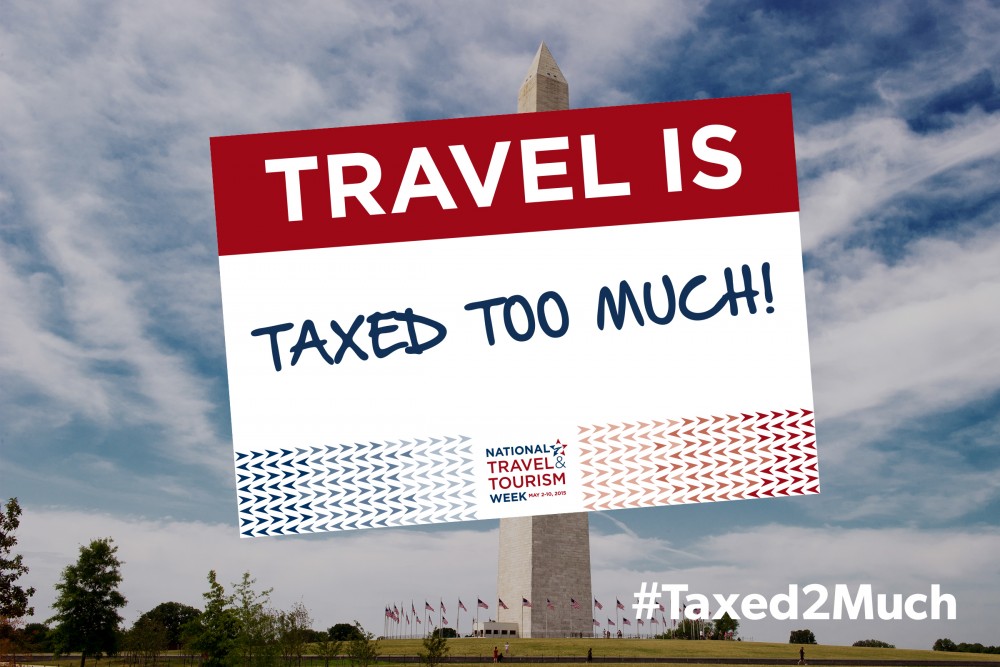 What Does Travel Mean To You?

This week our friends over at the U.S. Travel Association are sponsoring National Travel and Tourism Week and we just had to get in on the fun!

The year’s theme is “Travel is __________” and people from all over the country are filling in the space with what travel means to them.

Whether it’s your next big adventure, more time with friends and family, or just a welcome break from your inbox, the one thing that’s true for every American traveler is, “Travel is taxed too much!”

Right now, aviation and its customers pay 17 different federal taxes and fees that added up to a record shattering $20.5 billion in 2014. With such an overwhelming tax burden on travelers, it’s almost inconceivable that any organization advocating for travel and travelers would support an agenda that forces travelers to take another hit … almost.

The very same U.S. Travel that’s sponsoring National Travel and Tourism Week doesn’t seem to think travelers are paying their fair share. They’ve sided with airports in the most recent push to hike the Passenger Facility Charge (PFC) – or Airport Tax – by nearly 90%.

That’s right, the group that wants to know what travel means to you also wants to nearly double the PFC – the tax you pay just for traveling through an airport.

Just like U.S. Travel, we think travel and tourism are important. They’re major drivers of the U.S. economy, which is why we think it’s so strange that any organization would want to raise taxes on passengers. Airports have enough, and “travel is taxed too much!”