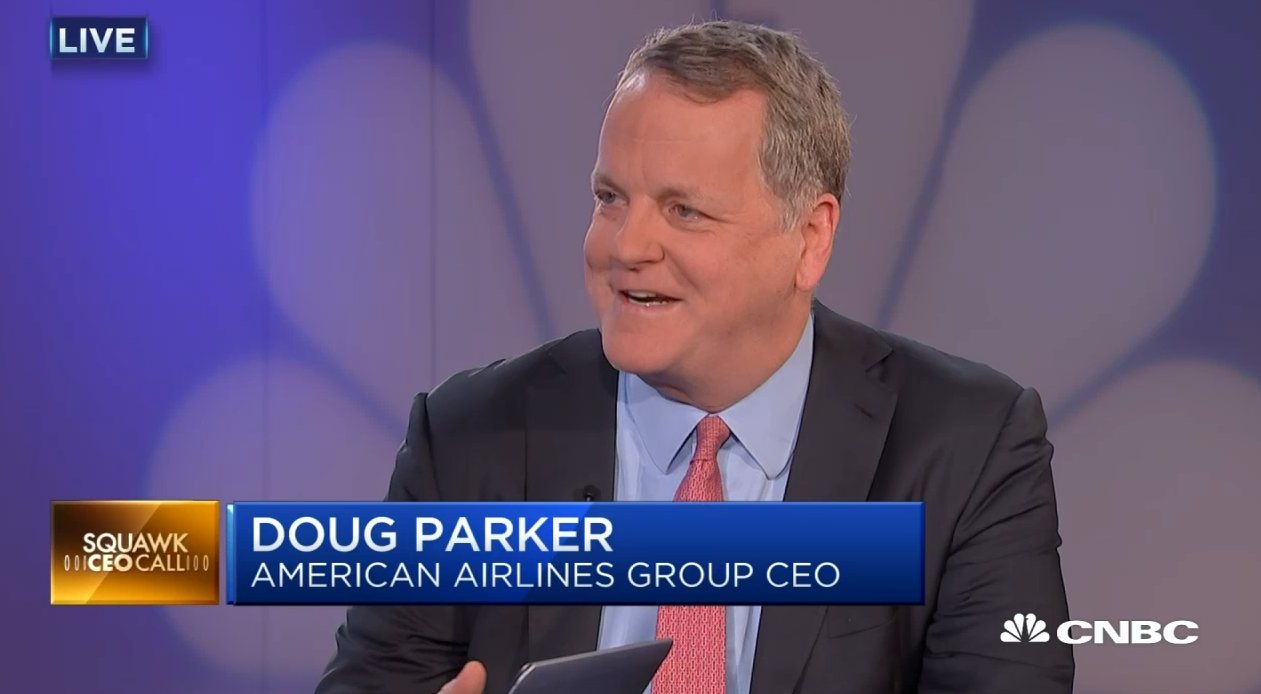 U.S. Airlines are ‘Thinking Long Term’ to the Benefit of Customers, Employees

Doug Parker, Chairman and CEO of American Airlines, appeared on CNBC’s Squawk Box CEO Call, where he addressed the importance of investing in the future of airlines and operating sustainable businesses that benefit customers and employees just as much as shareholders.

“The old business wasn’t good for consumers. It may have felt good at times because fares were so incredibly low that no airline could make profits. That’s not good. You couldn’t count on your airline being there,” said Parker. “This was all about getting the industry from going from dysfunctional to functional. That doesn’t mean it’s bad for consumers, indeed I think it’s much, much better. Consumers have tremendous choice in the airline business, it’s intensely competitive.”

Parker also noted the importance of making sure airline employees know they have continued employment at a growing company.

“One of the things I’m most proud of since the merger, we’ve raised our employees’ wages by 35 percent on average in just three years,” he said.

Parker then weighed in on the need to reform the air traffic control system by separating the service provider and regulatory functions and managing it through a not-for-profit board of stakeholders to address the challenges within the current structure.

“The problem with today’s system is the governance process that they have to live by, which is going back to Congress every year when you’re trying to build long term capital plans. It doesn’t work well.”