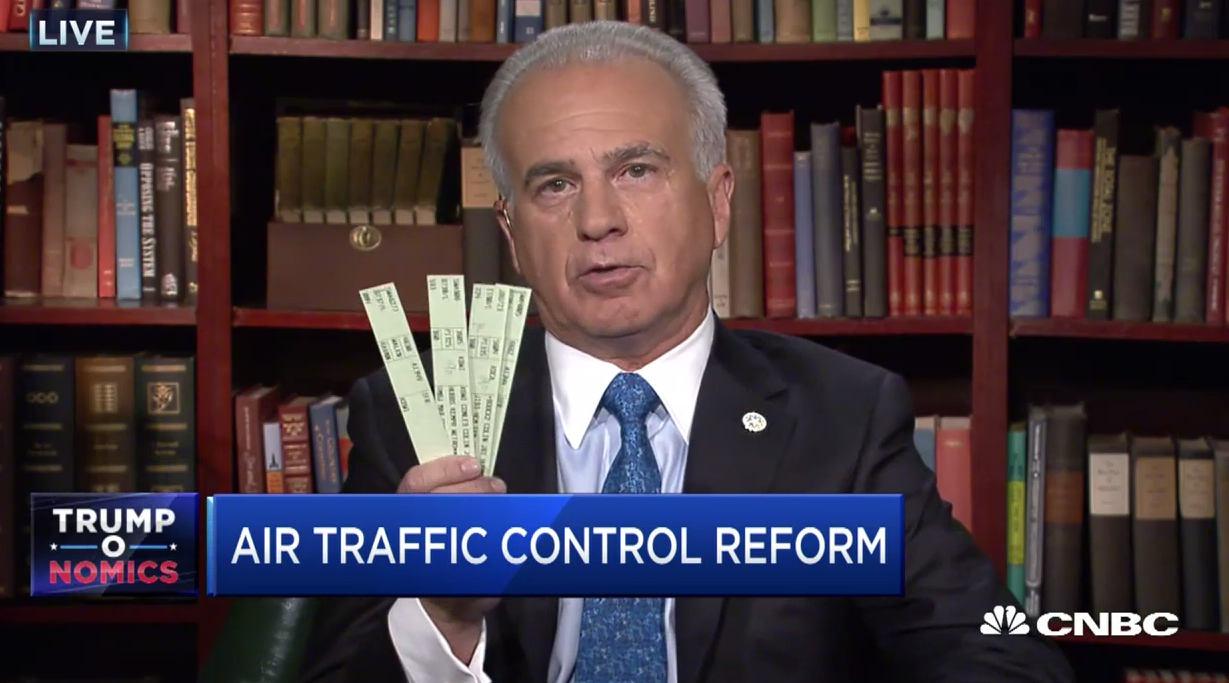 The White House Agrees—It’s Time to Modernize Our Skies

Nick Calio, President and CEO of Airlines of America, appeared on CNBC’s Squawk Box, where he spoke about the importance of air traffic control (ATC) reform and the importance of prioritizing an issue that impacts the economy and every American who has ever flown on an airplane or shipped a package.

“If you look at what we’re doing right now, we’re flying on antiquated, inefficient, World War II radar systems. Our air traffic controllers track our airplanes by paper strips,” said Calio. “You have more technology on your phone with GPS than we have on a radar tracking our airplanes. That’s really inexcusable.”

This modernized ATC system would be run by a non-profit, independent organization that would exist outside of the government and not be subject to erratic government funding. The organization would oversee the daily operations of air traffic control and improve our current system, while still allowing the FAA to focus on what it does best—regulate safety.

“A flight…in 1990 from New York to Washington was scheduled for 55 minutes,” he said. “Today, I’m sure you fly it, it’s scheduled for 80 minutes. Why? That’s called block time, start to finish. We have to build that time in to account for air traffic control congestion.”

More than 50 countries around the world currently use this ATC model and have seen enhanced safety, reduced delays, fuel savings, reduced emissions, increased capacity and greater operational efficiency. By removing partisan Washington politics from our ATC system, this organization would be able to plan for long-term capital improvements and implement constantly evolving, modern technology in our skies.

“[Canada] has created huge efficiencies in their system. They are creating cutting edge technology the rest of the world is buying and we are way, way behind them. If we created this non-profit, independent corporation we could get ourselves into the 21st century, have better flights, more efficient flights.”