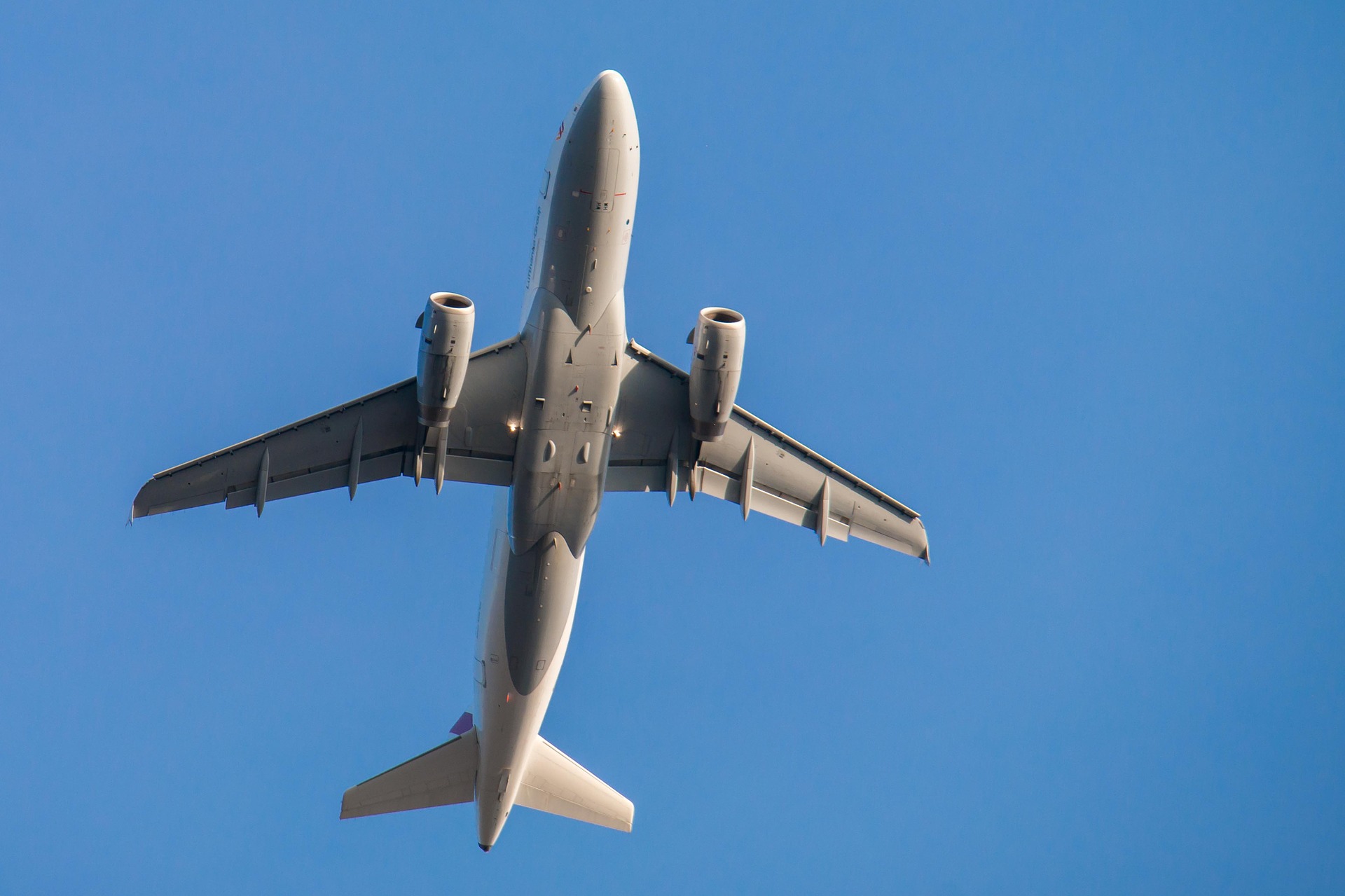 The Nature and Status of U.S. Airline Competition – Beyond the “80 Percent” Rhetoric

It’s hard to read a story about the U.S. airline industry these days without seeing an assertion that the four largest carriers “control” 80 percent of the domestic market. It is commonplace to throw around big numbers without context or deeper analysis to create a visceral reaction. It sounds bad, right? But what does that number really mean for competition and the American consumer? The answer may surprise you.

Before we take a closer look at the air travel market, consider the telephone industry after the Bell System breakup in 1984. This government-mandated action took a national monopoly and created seven independent regional monopolies. It is hard to argue that seven companies were materially better for local phone customers than one, given that those companies did not compete with each other. On the other hand, today we have just four major telephone companies – AT&T, Sprint, T-Mobile and Verizon – who capture virtually 100 percent of the domestic market – but who compete against one another in every part of the country. Just two players – Airbus and Boeing – capture nearly 100% of the global market for large commercial aircraft, but they compete aggressively for every customer. Their trade disputes are legendary.

From this we see that simply counting the number of players and their combined market share at the national level tells us little about how businesses actually compete for customers. The airline industry is no different. Air travelers fly a wide array of city pairs and want choices in those markets. While there were more total players leading up to 2001, including now defunct brands such as America West, American Trans Air, Continental, Northwest, TWA and US Airways, prices were higher and service was scarcer. In addition to diversification of business models we see today (global hub-and-spoke, low cost (LCCs), ultra-low cost (ULCCs), hybrids), the biggest change in the industry is that passengers now have access to multiple national networks, rather than multiple regionally focused networks. What good would it do if our country had 50 airlines – one in each state – but each competed solely within its respective state borders? Back then, for example, US Airways was strong in the East but had little presence west of the Mississippi. United was strong in the Northwest and Upper Midwest but weak in the South. Continental served 144 domestic airports in 2000; today, United serves 211. It’s hard to fathom that America West had a long-term future as a Phoenix-centric airline any more than TWA had a long-term future as a St. Louis-centric carrier. Additionally, Southwest was absent from entire parts of the country and from many major hub markets. Southwest has since added 29 U.S. airports to its network and is now within easy reach of the majority of the U.S. population. Further, Alaska had no transcontinental service and JetBlue had just commenced operations. Much has changed, for the betterment of passengers.

Wolfe Research analyst Hunter Keay wrote in November 2017, “Analysts and investors constantly drag out the same tired statistics around consolidation: the top four U.S. airlines account for 85 percent of domestic capacity today vs. just 56 percent in 2007. Cool! But that stat isn’t really representative of the competitive dynamic, is it? Doesn’t it just feel wrong? That appears to be nearly cartel-level de-fragmentation, yet industry pricing is as ruthless as ever.” He goes on to note a critically important reason why pricing today is hypercompetitive: the material growth of LCCs and ULCCs in highly-traveled city pairs . Just over half of domestic passengers chose to fly American, Delta or United in 2016 due to their network scope (including small communities), convenient schedules, onboard products, loyalty programs, and other factors. But these global network carriers have been steadily ceding share to LCCs, ULCCs and other airlines who are having a profound effect on competition and pricing. At the same time, they’ve been aggressively growing in each other’s hubs.

Indeed, analysis conducted by economists at Compass Lexecon shows that nationwide airline competition has intensified in recent years. The average domestic flyer had a choice of 3.5 competitors in 2016, up from 3.4 in 2007 (predating many large mergers) and 3.3 in 2000. That’s right – competition for domestic air travel rose from 2000 to 2007 and again from 2007 to 2016. While fluctuation occurred in the interim years – as it did in the 1980s and 1990s – it had little to do with industry consolidation. A good example of increased competition for flyers is Cleveland-Boston, a market captured almost entirely in 2007 by just two players: Continental (63 percent share) and AirTran (30 percent). In 2016, consumers in that market enjoyed four competitors, including a new market leader: JetBlue (41 percent), United (31 percent), Spirit (14 percent) and American (7 percent). A small-market example is Boise-Las Vegas, where in in 2007, only one airline – Southwest (88 percent) – carried at least five percent of the passengers. By 2016, thanks to LCC growth and consolidation, flyers between those two cities enjoyed three viable competitors: Southwest (62 percent), Allegiant (20 percent) and Delta (10 percent).

Part of this increase in market-level competition and diversification of choice is attributable to the fact that since 2007, the financially reconstituted global network carriers, often referred to as the “Big Three,” have encroached on each other’s historical hub turf. Delta, for example, established a hub in Seattle and made Raleigh-Durham a focus city, while growing between 20 percent and 40 percent in Charlotte, Dallas, Denver, Houston and San Francisco. American nearly doubled its presence in Salt Lake City and grew far faster than the U.S. economy in Atlanta, Denver, Houston, Minneapolis and Seattle. United grew more than 80 percent in Atlanta and by 40 percent-50 percent in Miami, Minneapolis and Salt Lake City. The other major competitive factor is the rapid growth of lower-fare carriers, led by Southwest. As one astute aviation writer recently remarked, “The Dallas-based carrier, the world’s original LCC, is in a category by itself… it sticks to a number of fundamentals that make it impossible to lump in with any other carrier…” Recent updates using 2016 DOT data of published work by Jan Brueckner, Darin Lee and Ethan Singer demonstrate that the oft-cited “Southwest Effect” remains in force, with the airline’s presence on a route lowering fares 21.2 percent. Additionally, their analysis found that Alaska Airlines’ presence lowered domestic fares by 24 percent, on average; JetBlue, 25.4 percent; and Spirit, 18.5 percent. And just this past August, University of Virginia Professor Alan Beckenstein and Brian Campbell of the Campbell-Hill Aviation Group co-authored a paper showing that, “Even today, when new markets have frequently been affected already by Southwest’s fares on connecting services, the Southwest Effect still shows, on average, an additional market fare reduction of 15 percent and corresponding traffic increase of 28 percent to 30 percent, from the introduction of nonstop service by Southwest.”

These recent findings with respect to the “Southwest Effect” are important precisely because it is these carriers – the LCCs and ULCCs – that have been growing by far the fastest, with few signs of abating despite assertions of “control.” Since 2007, Allegiant and Spirit have continued to add dots to their route maps, each growing more than 250 percent. Alaska/Virgin and Hawaiian doubled. JetBlue grew 77 percent, Frontier 63 percent and Sun Country 32 percent. Southwest – already a significant player in 2007, grew 26 percent into the largest domestic U.S. airline, partly fueled by organic growth and partly by its acquisition of AirTran. So what happened to the “Big Three” over this timeframe? Their collective footprint was virtually unchanged, and from 2000 to 2016, their share of domestic origin-destination passengers fell markedly – from 73 percent to just 54 percent. Meanwhile, Southwest grew from 18 percent to 24 percent. Specialists such as Alaska and Hawaiian now carry 13 percent of the market and ULCCs have risen to nine percent.

The consequences of this profound reshaping of the domestic market? In 2000, 65 percent of domestic passengers traveled in city pairs with LCCs, ULCCs or other alternatives to traditional network carriers; by 2016, that figure had reached 88 percent. This doesn’t even take into account the emergence of Acela in the Northeast or a highly popular low-cost system of intercity buses. Not surprisingly, the increase in market-level competition translated into inflation-adjusted domestic fares (including charges to transport bags or modify reservations) falling 17 percent, on average, from 2000 to 2016. Further, despite predictions of gloom, these types of competitive forces have yielded 2017 headlines such as “Passengers Win While Airlines Lose in This Year’s Fare War,” a story that noted “For travelers, it’s been an airfare party this summer with many domestic flights cheaper than a nice bottle of wine. Chicago to Los Angeles can be had for $49, Dallas to San Francisco is just $40, and Denver to Dallas goes for only $25—barely enough for a quality pinot.”

So what about that 80 percent figure? Clearly, simplistic statements about the “Big Four” fail to capture the abundance of competitive choice available to the American consumer today – especially relative to the past. While at any time in aviation history a snapshot will reveal winners and losers and some markets left wanting more options, the air travel market is extremely dynamic and the prevailing landscape today is a U.S. market more competitive than it has ever been, with no sign of easing. In essence, we now have multiple proven business models with overlapping national networks competing aggressively with each other and with other modes of transportation for every traveler. And the lowest-cost providers, catering to an American public that increasingly demands the lowest possible price, are growing faster than ever – even pushing into transoceanic markets – promising to reshape and discipline the market for years to come. Airline competition in the United States is alive and well, and assertions to the contrary are simply unsupported by the facts.