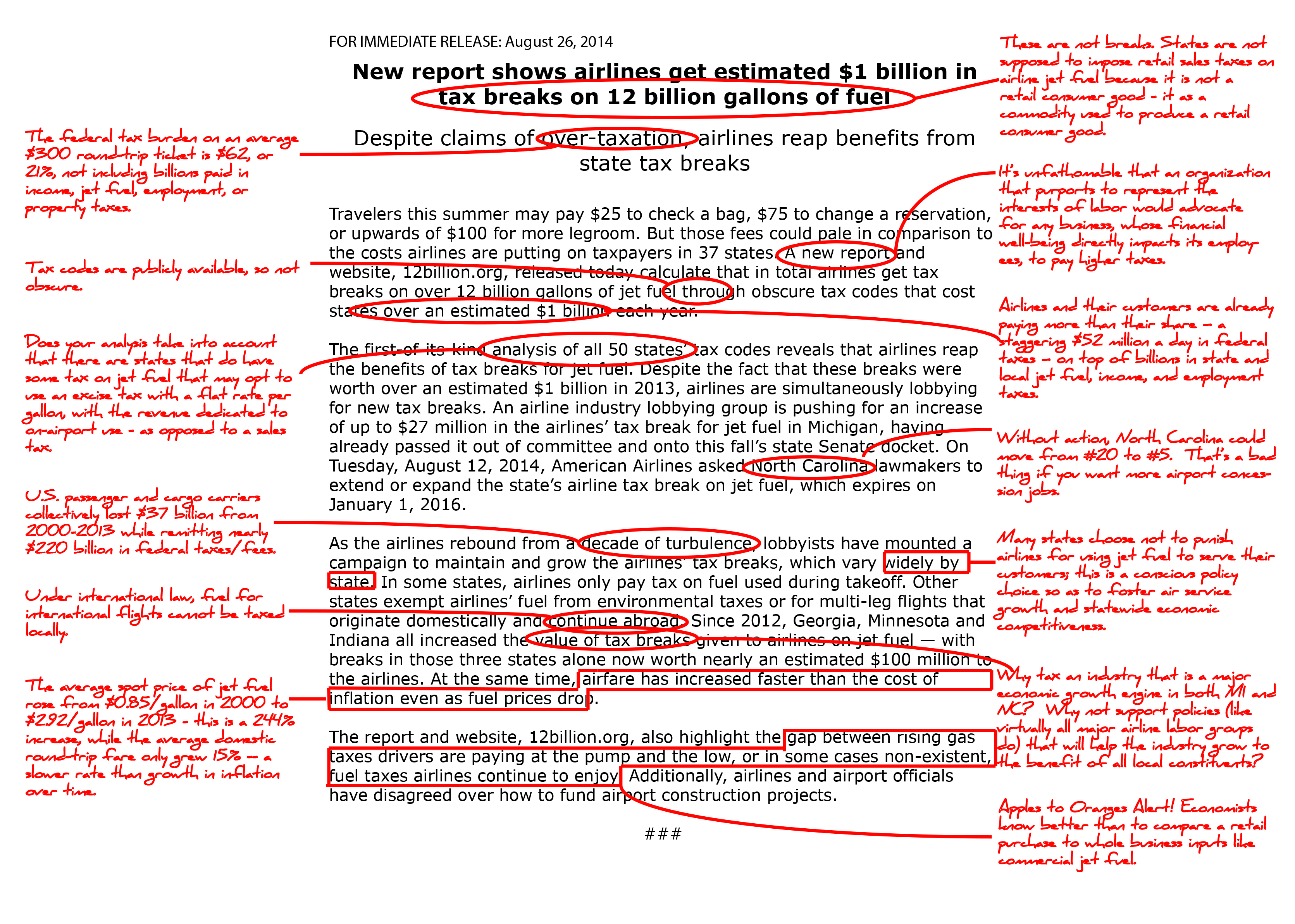 With summer coming to an end and students all across the country heading back into the classroom we thought we’d give the good people at UNITE HERE a refresher in checking their work.

They recently released a “report” mischaracterizing the tax burden of airlines but, unfortunately, their claims just don’t add up.

The group also ignores the fact that airlines, their customers and employees already pay a staggering $52 million per day in federal taxes, which is over and above state and local jet fuel, property, sales, income and employment taxes.  All told, commercial aviation and its customers pay more than $19 billion in taxes per year combined.

They try to muddy the waters by using the gap between the rising gas taxes that automobile drivers are paying and the fuel taxes that airlines pay to push their position that taxes should be higher.  Comparing these two goods is like comparing apples and oranges and economists know better than to compare a retail purchase to wholesale business inputs like commercial jet fuel.

After reviewing their work, we’re left asking ourselves why any organization claiming to support labor would advocate for an industry, whose financial well-being directly impacts its employees, to pay higher taxes?  Why would an organization argue against policies that help to create and support jobs they claim to represent?

Click on the redlined version of UNITE HERE’s release below and see how a little more fact checking would have cleared up a lot of misinformation: 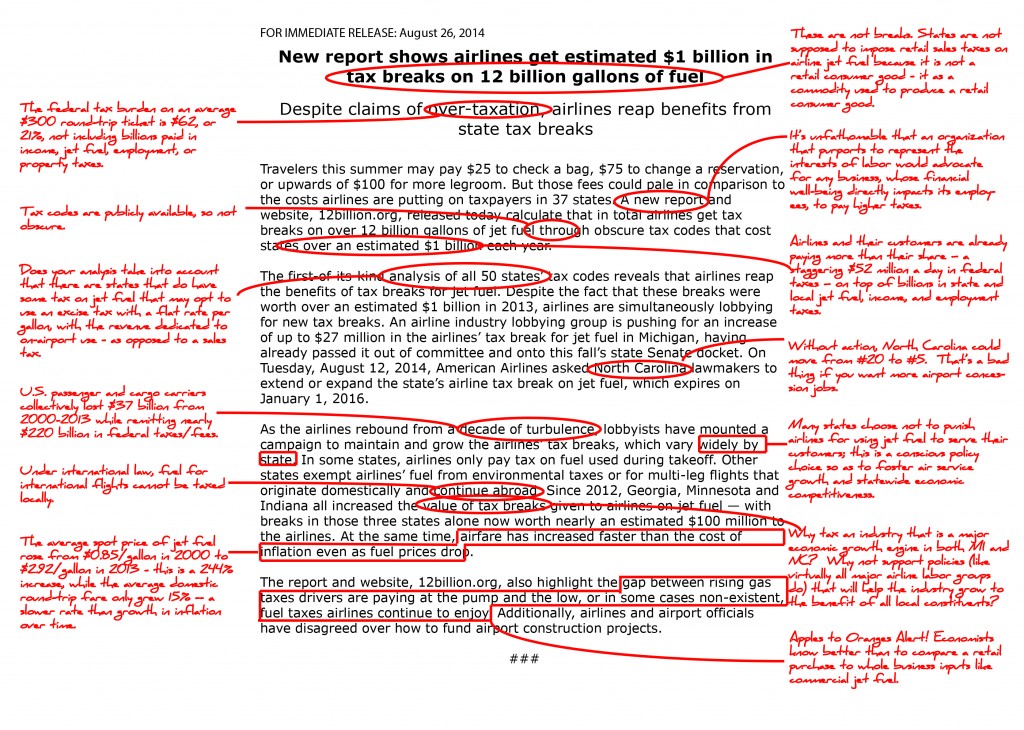