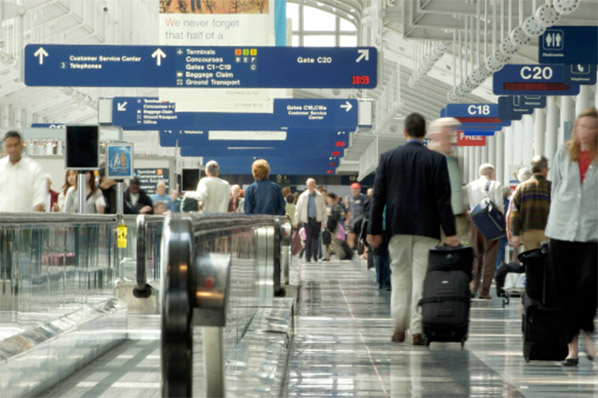 Raising the Airport Tax: A Bad Deal for Consumers

Consumers know a bad deal when they see one. Whether you’re in retail or politics, trying to pull one over on the real drivers of our economy, consumers, is never a good idea.

But that doesn’t stop airports from trying. As we’ve seen in the past, airports and their allies in Washington are once again pushing Congress to increase the airport tax—known inside the Washington Beltway as the Passenger Facility Charge (PFC)—and remove the long-established cap, which will amount to a massive tax hike.

Airport infrastructure is an important part of the travel experience. Airports have exemplary credit ratings and large cash reserves, which enable them to easily access the bond market to fund capital projects. The evidence is over $100 billion in capital projects that have been completed, are underway or approved at the nation’s 30 largest airports since 2008. The truth is, airports don’t need to raise funds on the backs of passengers and 2.2 million people who fly everyday won’t tolerate another unnecessary tax increase from Washington, D.C.

And they shouldn’t have to. Charlie Leocha, the President of Travelers United, a group that advocates on behalf of the traveling public, sums it up best: “PFC user fees are already exorbitant and aviation consumers are paying enough.”

Aviation consumers are the backbone of economies that have developed around airports. “Passengers are also the ones to pay parking fees, food court fees, retail fees, taxi fees, rental car fees, and more, to keep the airports running to serve their regions.” Air travelers are already paying more than their fair share within the current system. It makes no sense to expect them to pay more.

Despite the almost unending claim from airports that they need more, Charlie Leocha has it right, “the bottom line is that airports may want more funding for infrastructure projects, but they certainly do not need it delivered with this FAA bill. Other systems should be developed to more fairly spread the costs of airports across passengers who use the facilities and the localities.”

Leocha noted that Travelers United – the voice of the consumer – has never met a passenger who thought they weren’t paying enough in taxes. “Once we inform passengers that current taxation rates mean round-trip connecting-flight airline tickets cost more than $50 in taxes…they all agree that enough is enough.”