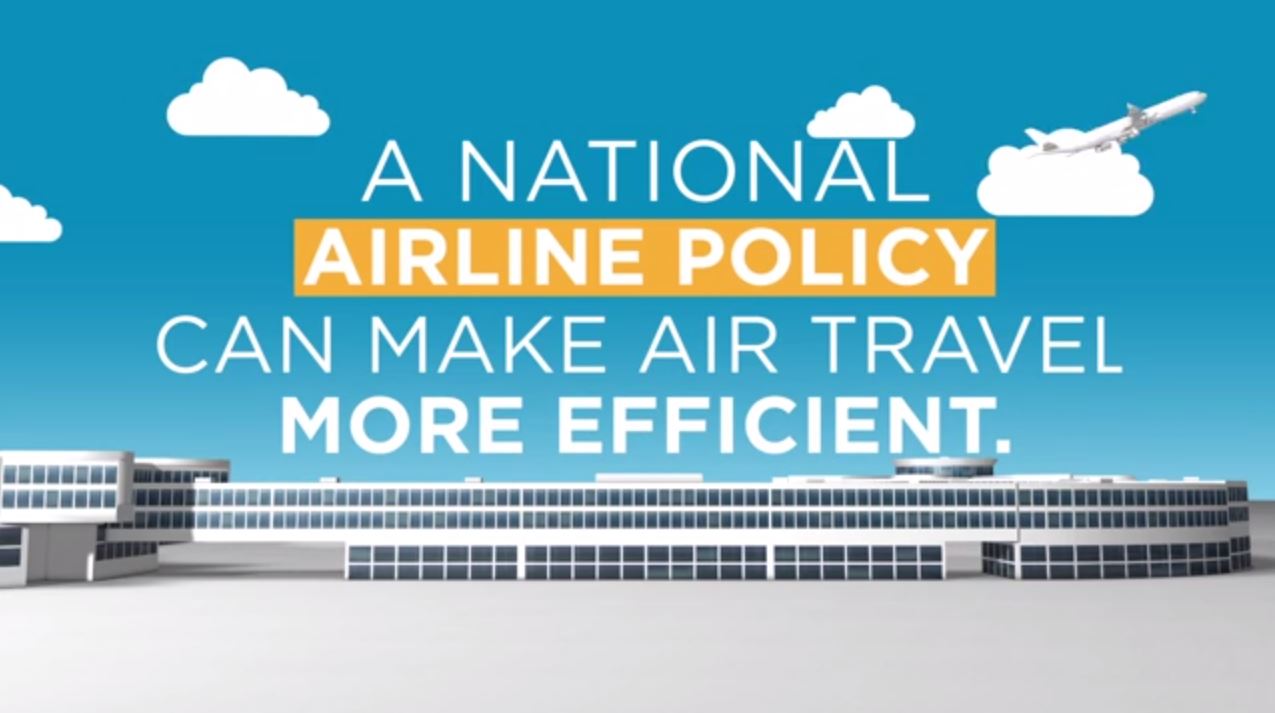 How to Make Flying More Efficient While Using Less Fuel

Every day, U.S. carriers operate nearly 30,000 flights, moving passengers and freight safely and efficiently across the country and around the world. Each one helps support more than 11 million American jobs and nearly $1.5 trillion dollars in domestic economic activity. Now, new and exciting technology presents a once-in-a-generation opportunity to profoundly improve on that impressive record, enhance the travel experience for passengers and help the environment.

From preflight preparations to arriving at the gate, your pilots communicate with air traffic control (ATC) about the weather, planned route, airspeed and cruising altitude. According to the Federal Aviation Administration (FAA) there are around 7,000 aircraft flying through our national airspace at any given time. Air traffic controllers are responsible for monitoring the distance between those planes, their speed and altitude, as well as taxi, takeoff and landing times. 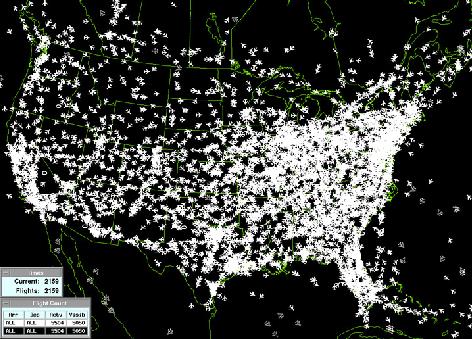 There are around 7,000 aircraft in the air over the United States at any given time.

While our current ATC system is the safest in the world, it is not the most efficient. It was put in place over 50 years ago, and although it has been incrementally modernized over the years, it does not use all the advanced technologies available to us today. Rather than flying a straight path between the departure city and destination, planes navigate to and from radio stations on the ground called NAVAIDs, using much more time and fuel than if they flew in a more direct path. Controllers monitor each flight, providing information as needed, and then hand off to the next station. (For more information about air traffic control and how it works, read this DOT blog post.)

How Will It Work?

While other countries like Canada and Australia have been using satellite-based technology to manage their air traffic, the United States is just beginning to utilize satellite technology. U.S. carriers have already invested hundreds of millions of dollars to install NextGen technology on our aircraft and have been working with the Federal Aviation Administration (FAA) to get the new system up and running as soon as possible.

NextGen – the Next Generation Air Transportation System – is transforming our nation’s antiquated air traffic control (ATC) system from a ground-based system to one that employs GPS satellite accuracy to enhance aircraft tracking and surveillance, making our skies even safer and more efficient. It will also employ data communications to improve interactions between aircraft and ATC. Weather conditions will be embedded into air traffic decisions rather than having to rely on fragmented forecasts, which means that NextGen will enable airlines and ATC to route flights around weather more efficiently than we can today.

What Does It Mean For You?

What does the NextGen upgrade mean for you, the traveler?

Enhanced Safety – NextGen technology will help make the safest national airspace in the world even safer. More precise aircraft tracking and better, quicker weather forecasts will be just two of the key benefits.

Reduced Environmental Impact, Lower Fuel Cost – Aircraft consume a great deal of fuel and fuel costs eat up a huge amount of airlines’ operating costs. By reducing delays and allowing for more efficient ATC operations, NextGen will help reduce fuel consumption and related emissions by 12 percent per year. That’s the equivalent of removing 2.2 million cars from the road for a year.

When Will NextGen Be Fully Operational?

Initial NextGen pilot programs have been implemented across the country, particularly in major airport hubs like Atlanta, Houston, Miami, Washington, D.C. and Los Angeles. FAA officials recently announced that a new set of milestones and metrics will be established by this fall. After many years of planning and testing, NextGen could be ready to take flight.

As efforts progress, the airlines will continue to work cooperatively with the FAA in order to translate the projected safety, efficiency, environmental and economic impacts of the program to real benefits for the traveling public.