How Airports Want to Increase the Cost of Air Travel

A family of four could do a lot with $56 – enjoy a meal out, buy shoes for the kids or even pay bills. But if the same family books air travel for a summer vacation, that money could quickly leave their pockets and pad the already robust budgets of airports across the country. Why? Because the White House is advocating for a dramatic spike in the passenger airport tax (a.k.a. the Passenger Facility Charge (PFC)) from $4.50 to $8. Under the president’s budget proposal, a family of four taking one round trip could pay up to $128, a $56 increase from the current charge of $72. This tax hike, along with many others proposed, would significantly increase the cost of air travel.

The nearly 80 percent increase in the PFC is particularly disturbing – it is paid per-departure and is, in effect, a tax paid by passengers to airports. Any rise in this airport tax is entirely unnecessary because airports already have ample funding resources – airport revenues actually increased 52% per passenger from 2000 to 2013, which exceeds inflation. According to financial reports filed with the Federal Aviation Administration, U.S. airports have more than $11 billion of unrestricted cash and investments on hand. They also enjoy investment-grade credit ratings, ensuring ample access to the bond market to fund necessary airport capital projects.

U.S. airlines are committed to enhancing the passenger experience and strongly support improvements to airport infrastructure. Since 2008, over $70 billion of capital projects have been completed, are underway or approved at the nation’s 30 largest airports alone. New runways at Chicago O’Hare, Washington Dulles, Seattle, Fort Lauderdale and Charlotte; new international facilities at Atlanta and Los Angeles; and new or renovated terminals in Miami, Las Vegas, Houston and San Francisco, among others, have improved air travel across the country.

The airline industry helps drive the economy and create jobs. It also helps us connect with friends, family and cultures across the country and throughout the world. The government should stop unnecessarily burdening airline customers who are already paying their fair share. 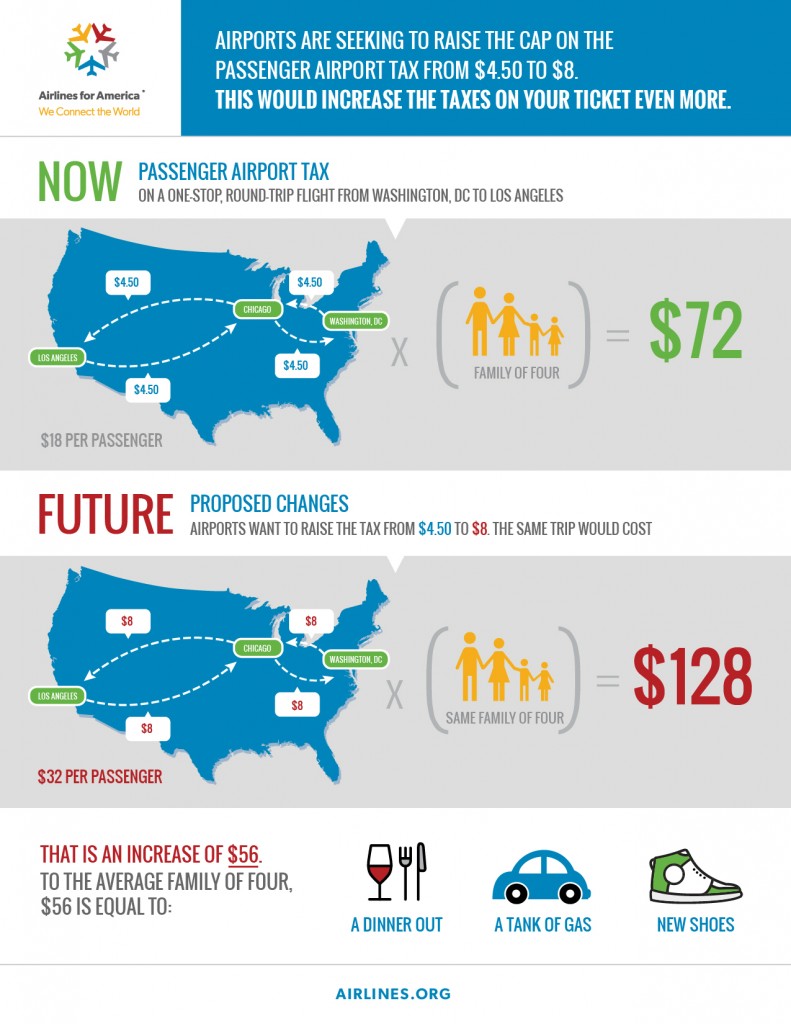