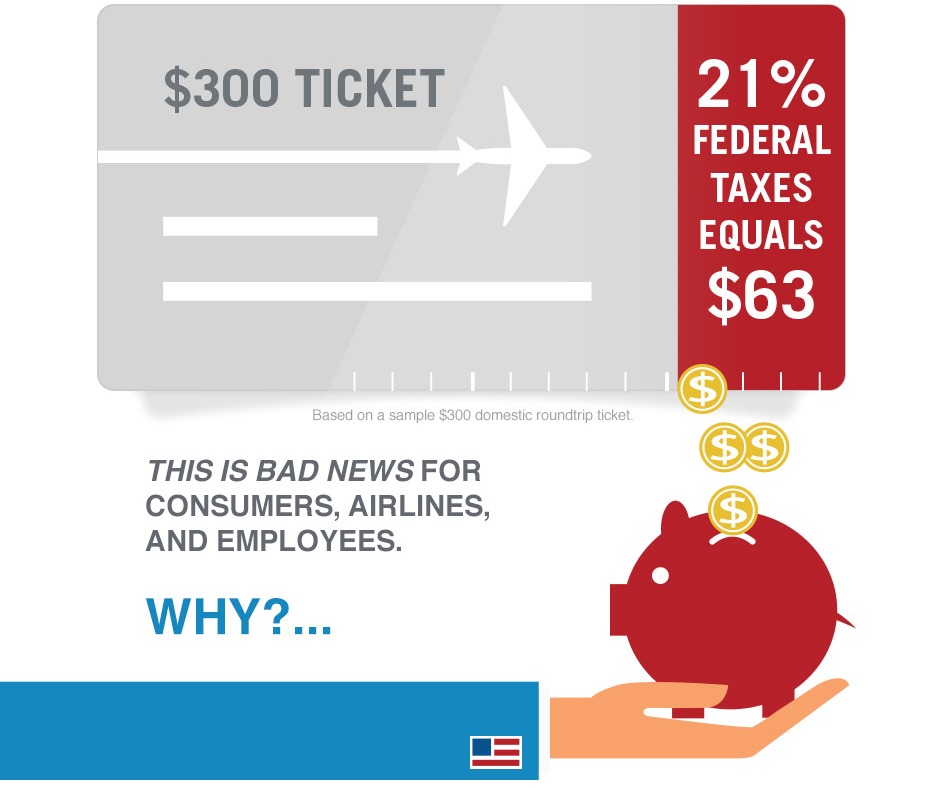 When making a purchase, don’t you want to know exactly where your money is going? A piece of legislation with bipartisan support in Washington would do just that. The Transparent Airfares Act of 2014, which also has the support of many labor unions and industry groups, would allow consumers to see the real cost of their airline tickets, listing each tax and fee travelers are being charged for rather than lumping them all together in one sum.

As explained by Rep. Peter DeFazio (D-OR) in a piece for The Oregonian, this bipartisan proposal would require air carriers and ticket agents “to disclose all taxes and government fees, as well as the total cost of air travel” before consumers purchase their tickets.

Airlines and our customers pay $19 billion in federal taxes annually. Under current regulations, the government can add new or increase existing taxes without your even knowing because airlines are required to display the total “all-in” fare including taxes. If you compare an “all-in” $300 one-stop domestic round-trip ticket in 2013 versus 2000, the base fare has decreased 8 percent while government-imposed taxes have increase 49 percent.

The Transparent Airfares Act is an important step forward to increase transparency so we can hold the government accountable for targeting airline customers as a source of revenue every time they want to increase spending.

Federal taxes and fees should be transparent. This bill is a good place to start.

Recently, airline passengers were hit with a 125 percent increase in the Transportation Security Administration passenger security fee that was included in the so-called Bipartisan Budget Act of 2013, which I opposed. The fee increased from $2.50 per enplanement to $5.60 per one-way trip. As a result of the TSA fee increase, on a typical $300 one-stop domestic roundtrip ticket, airline customers now pay a whopping $63 in federal taxes and fees, or 21 percent of the ticket price.