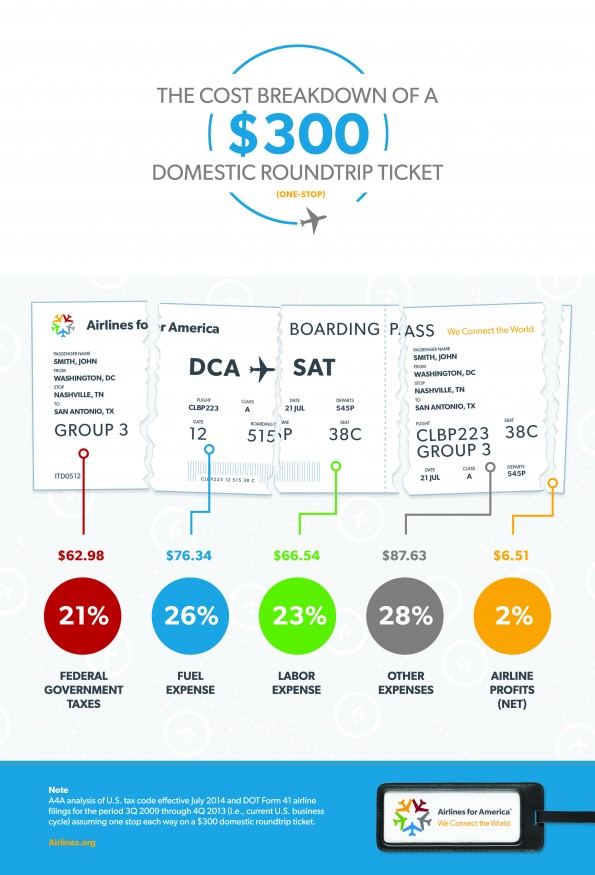 As Summer Temperatures Rise, So Will Taxes on Airfare

It might surprise travelers to learn who is behind rising ticket prices. It’s your elected officials.

If base fares have decreased in recent years, what is to blame for rising costs? Simply put, the government is.

As American Airlines Chairman and CEO Doug Parker explains in a recent commentary for American Way and US Airways Magazine, “current law has allowed the government to increase taxes invisibly on airline passengers, causing fares to appear significantly higher than they really are.” Despite the fact that average base airfares have decreased 8 percent, Parker continues, “government-imposed taxes and fees have increased 49 percent” since 2000.

A new piece of bipartisan-supported legislation currently before Congress, supported by Parker and other industry leaders, would allow consumers to see the real cost of their tickets, and clearly spell out each tax and fee they are being charged for. The act “seeks to unbundle the advertised price of airfares and allow customers to better see what they’re paying and where their money is going,” Parker writes. “With this legislation, you will be better informed to know exactly what you are paying for in advance. And by disclosing the taxes and fees, we hope to keep the increases in check.”

For over a decade, invisible taxes and fees have allowed regulators to discreetly target airline consumers as an ever-increasing source of revenue. Not only do these costs impact airline customers, but also many of the 580,000 employees of the U.S. airline industry around the world.

With the passage of the Transparent Airfares Act, consumers will be able to hold regulators accountable for the taxes and fees they add onto airfare, and hopefully prevent further cost-prohibitive increases from occurring.

To learn more and call on your representatives in Congress and the administration to pass the Transparent Airfares Act, please visit AirfareTransparency.com.