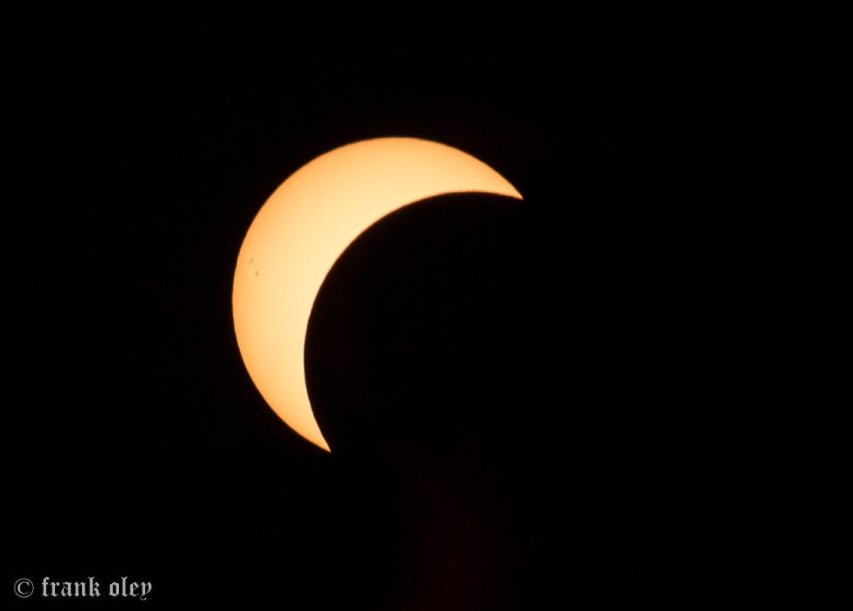 Airlines Give a ‘Totality’ Awesome Glimpse at the Solar Eclipse

Whether on land or in the air, the 2017 total solar eclipse was an incredible sight, especially if you were lucky enough to observe from the path of totality. Thousands of people traveled to destinations in its path to fully experience one of nature’s most awe-inspiring wonders.

But even if you didn’t get the chance to observe the eclipse in its full glory, we have you covered with magnificent photos and videos from this event.

This Alaska Air “flight to nowhere” gave passengers an incredible look at the 2017 solar eclipse.

It may not be as rare as a total solar eclipse, but a jet engine enables the power of flight every day, which is just as awe-inspiring!

An #Eclipse you can stare at: Dale Schweikert, Tech Ops – Tulsa AMT, is installing a fan hub and booster on a CFM56-7B engine. This engine powers the B737 and the booster, which is a low pressure compressor, is one of the first stages in turbine engine compression. . . . #SolarEclipse #SolarEclipse2017 #Eclipse2017 #AATeam #AvGeek #Aviation #InstaAviation #Boeing #BoeingLovers #B737 #Airplane #Planepic #GeekOut #Tulsa #Boeing737 #Americanair #AmericanAirlines #AMT #Tulsa #Instaplane

Eclipse glasses were a must for anyone watching! But since the last U.S. coast-to-coast solar eclipse was in 1918, you may have wondered where all the glasses suddenly came from. Meet American Paper Optics, the company who made and shipped 500,000 eclipse glasses a day, with help from FedEx!

Hawaii may not have gotten a view of the eclipse, but how can you be disappointed when you have a view like this instead?

Balance is key to a happy life! Photo by @kaanapalisurfclub 🌈

The eclipse is over, but these destinations in the path of totality are still pretty amazing. Book your flight now to experience these local gems and this time, feel free to leave the eclipse glasses at home.

Where to Watch the Solar Eclipse and Keep it Local

On Monday, August 21, 2017, we’ll be treated to a total solar eclipse visible along a band spanning a great swath of the continental United States. If you’re into this kind of astrological thing (which we totally are), we recommend you head to one of the cities listed below and frequent these local favorites in the process.

Southwest passengers and employees at BNA had a front-row seat to Monday’s main event.

This view from the ramp in Nashville is pretty magnificent!

Totality = totally amazing. These #Eclipse2017 photos were taken on the ramp in Nashville. pic.twitter.com/BBP0NOSuwW

The solar eclipse is more than just a celestial event for UPS—it marks nearly 110 years of operations!

Although Virginia only observed a partial eclipse, these photos from Warrenton, Va. are nothing short of spectacular!

Our own @Fritzo61 captured some beautiful #eclipse pictures from the Command Center in Warrenton, VA. Thanks for sharing, Frank! pic.twitter.com/3zmIYLjcAf